GALERIE WILMA TOLKSDORF presents Katharina Sieverding, a pioneer of contemporary international photography and one of the most important artistic positions, who reflects the aesthetic, social and political themes of our time with her large-scale works. The exhibition illustrates the extent to which Sieverding persistently explores new interfaces and levels of meaning by means of exposing, layering, mounting, penetrating and dissecting images.

In GEFECHTSPAUSE II, 2020, the artist superimposes a press photograph showing Chinese leader Xi Jinping at the opening event of the "Two Conferences" in Beijing in 2020 with a shot of police officers in Atlanta, Georgia, kneeling before demonstrators. The original image is a testament to the Black Lives Matter protest movements in response to the brutal death of George Floyd reflecting innumerable other disproportionate sentencing and violent acts against People of Color by the state and its executive branch. Taking a knee has become a highly symbolic political statement especially exemplified since Donald Trump's presidency.

In her earlier works, Katharina Sieverding has already covered the polarizing image rhetoric of the great powers China and the USA; in GEFECHTSPAUSE II, she picks up on this and at the same time establishes a connection to the Corona pandemic. China's annual National People's Congress in 2020 was supposed to signal that the nation's situation had normalized since the outbreak of the Corona pandemic and that poverty would be eradicated, whilst at the same time the country's economic performance would be increased by the end of the year. In both China and the U.S., the Corona virus disproportionately affected those populations most vulnerable to poverty, inequality, and discrimination. While the initial photographs chosen by Sieverding maintain the pretense that there is supposedly unity between the people and the government, the differences can be felt where conflicts over, among other things, the Hong Kong democracy movement and the protest movements in the USA shine through. The media's use of image topoi, both on an economic and especially on a world-political level, reminiscent of the Cold War era, is unmasked in the work as a staged practice.

Works such as GEFECHTSPAUSE III, 2020 show how the artist repeatedly recombines and interpenetrates her own works, creating new complexities. On view is a shot of persons viewing Sieverding's projection DIE SONNE UM MITTERNACHT SCHAUEN (BLUE), 2010-2015, and they appear to be walking on the precious metal through the superimposition of shots of standardized gold bullion bars. The projection is based on 200,000 NASA satellite images that visualize the lines of force of the solar magnetic field using blue coloring. By interweaving the two motifs, the artist alludes to both the life-giving and destructive potential of the sun as well as to the mythical and ritualistic cultural of gold as a material and its collective reverence. At the same time, the result of this particular work also bears reference to the exploitation of resources driven by capitalist avarice juxtaposed against the necessity for alternative energy production.

For PROJECTED DATA IMAGES, 2016, the artist creates a three-dimensional photographic space through the pictorial montage of various works from earlier portrait series, which breaks the temporal boundedness and one-dimensionality of the medium. It is not a single "punctum", in the sense of Roland Barthes, that seduces the viewer, but rather their transtemporal connectedness. The pictures-within-a-picture thematize the interpenetration of all that is superficially visible and staged for effect and result.

In the work WELTLINIE 6, 1999 Katharina Sieverding combines a portrait from the series NACHTMENSCH from 1982 with a picture of Italian soldiers preparing for deployment in the Kosovo war at the end of the 1990s. The images seem to merge seamlessly. In this work, as in all the works of the group WELTLINE, the artist applies the delayed-choice experiment, borrowed from quantum physics, as a recombination procedure to photography. According to this it depends on the type of carried out observation, resulting by which characteristic an object shows up. In photography, too, the reaction to a picture depends on the viewer and is not foreseen or controllable by the photographer.

Katharina Sieverding lives and works in Düsseldorf. The artist has an extensive exhibition history: She has participated in documenta in 1972, 1977 and 1982, and has been represented five times at the Venice Biennale, where she presented the work block Steigbilder I-X, 1997 in the German Pavilion. Her work is represented in national and international collections. In addition, the artist has received numerous honors, including the Goslar Kaiserring in 2004 and the Käthe-Kollwitz-Prize in 2017. Solo exhibitions have been given to Katharina Sieverding at the Solomon R. Guggenheim Museum, New York, Warhol Museum, Pittsburgh, Dallas Museum of Art, Walker Art Center, Minneapolis, ICA, Boston, MoMA P.S.1, New York, and SFMOMA, San Francisco; as well as in the Falckenberg Collection of the Deichtorhallen Hamburg, the Museum Frieder Burda, Baden-Baden, the Neue Nationalgalerie, Berlin, the Kunstsammlung Nordrhein-Westfalen, Düsseldorf, the Stedelijk Museum, Amsterdam, the Musèe d'Art Moderne, Paris, and the Bundeskunsthalle, Bonn. Accordingly, her work has been published extensively in numerous monographs and exhibition catalogs. 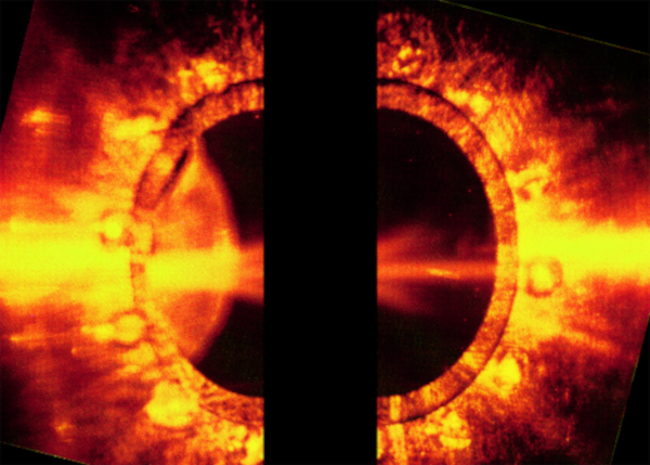 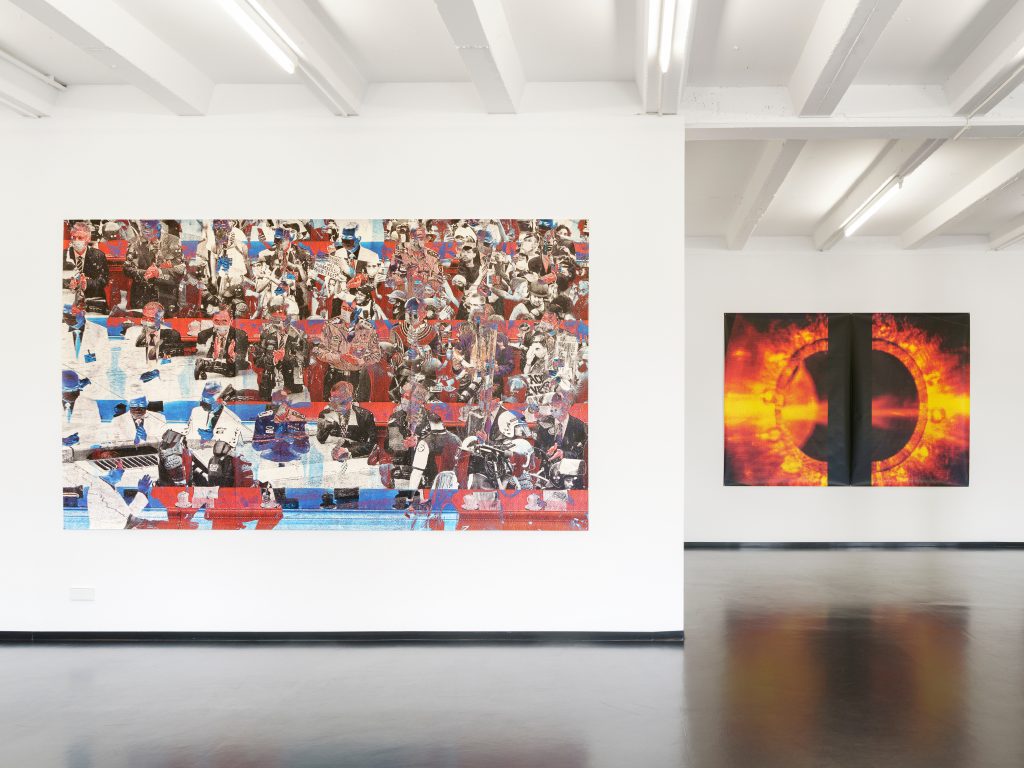 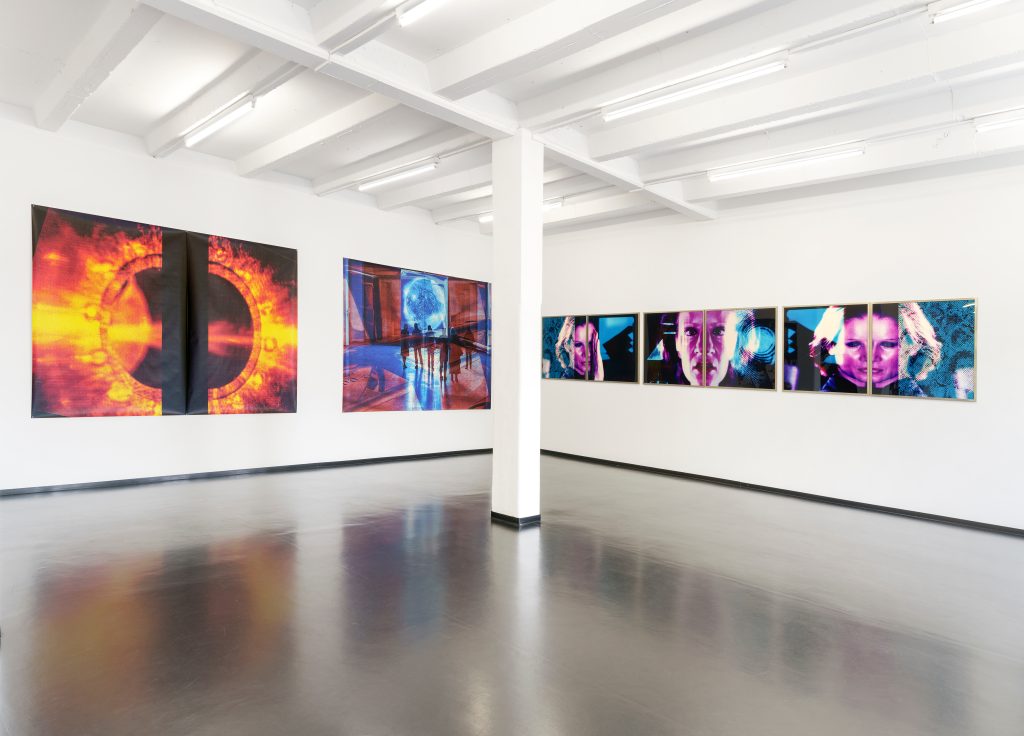 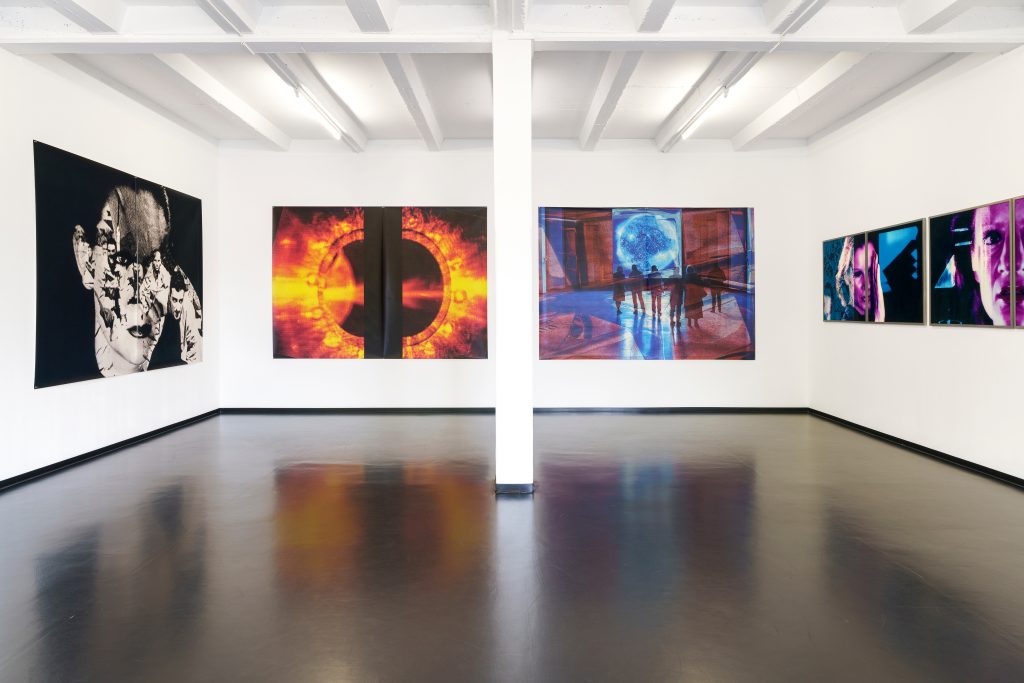 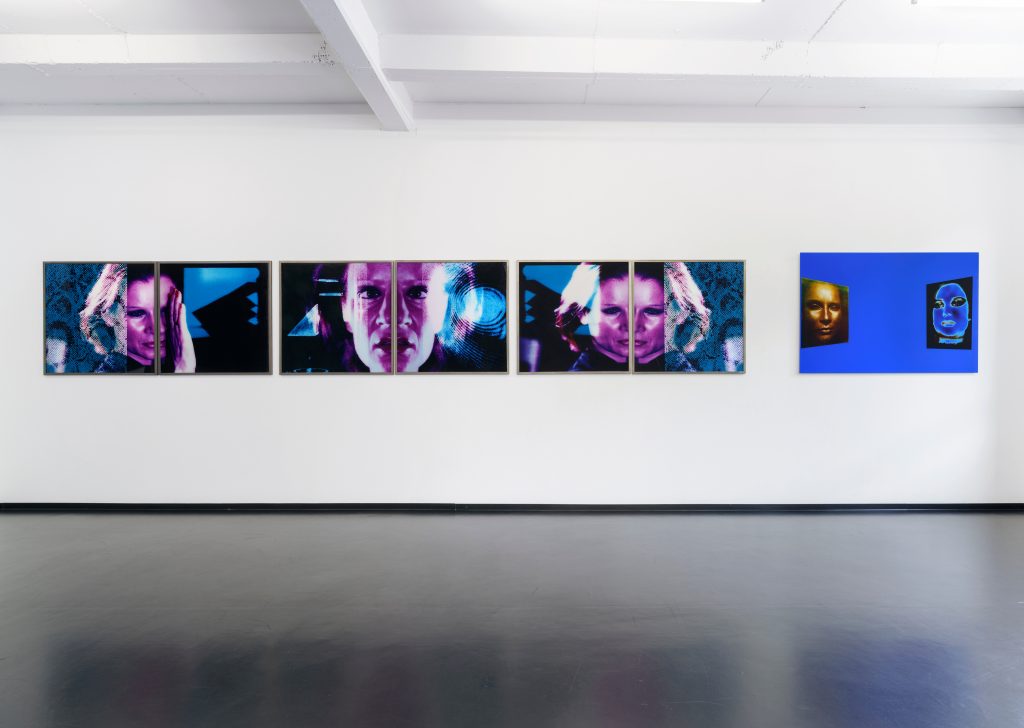 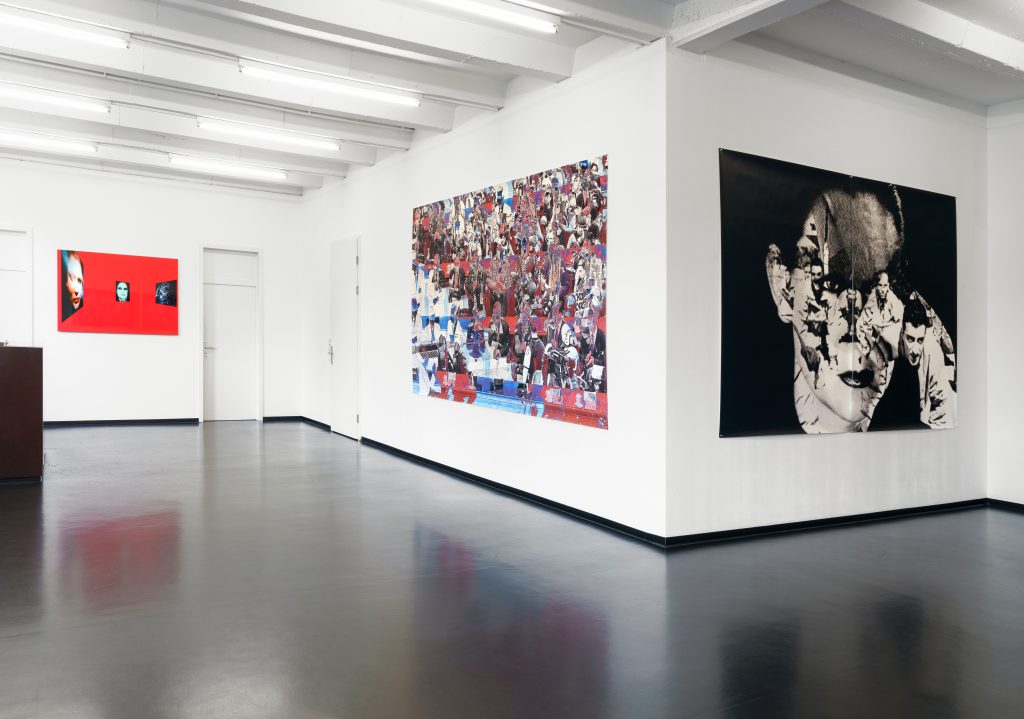 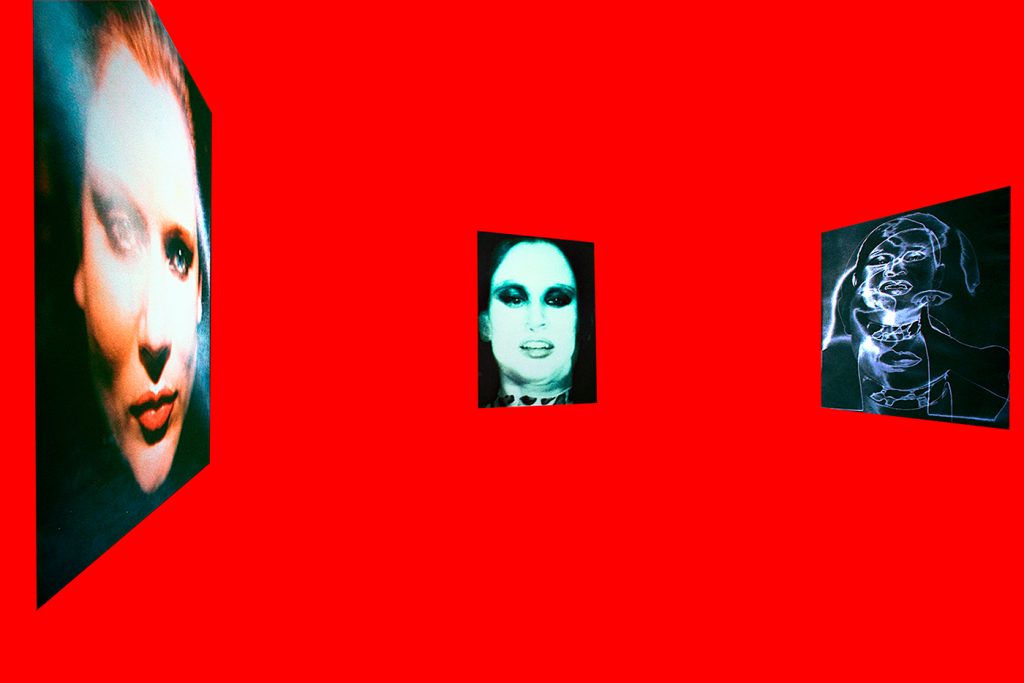 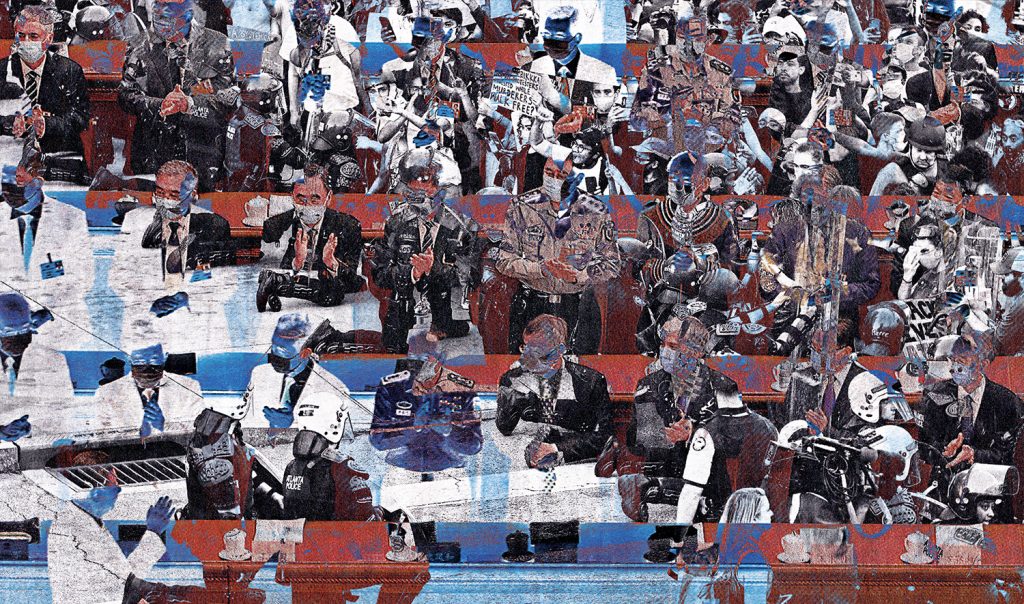 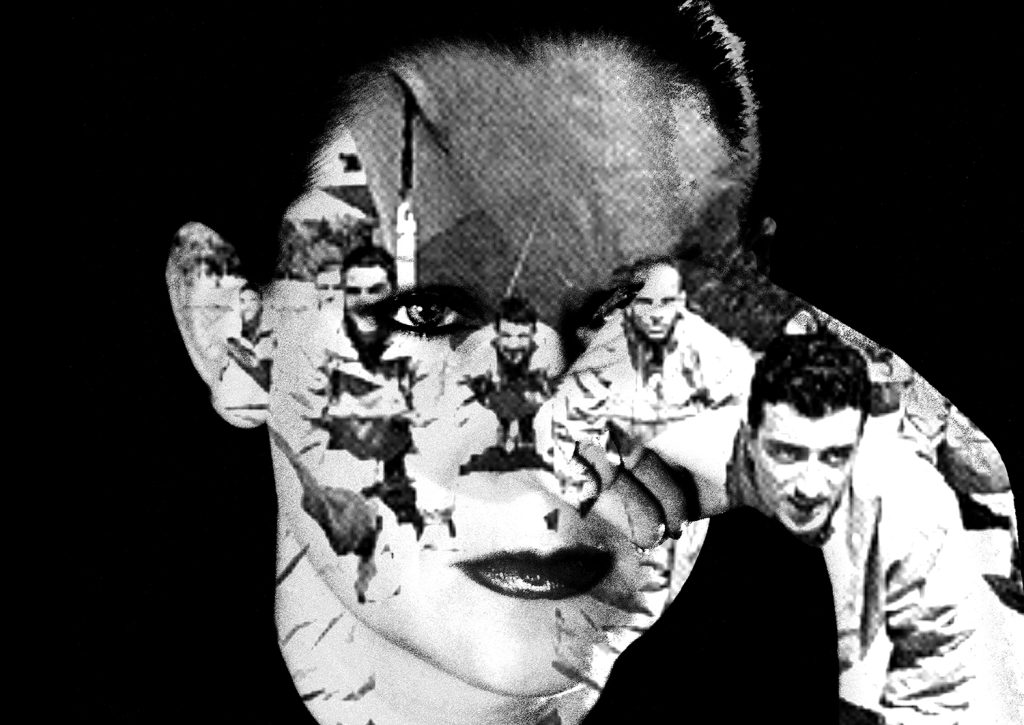 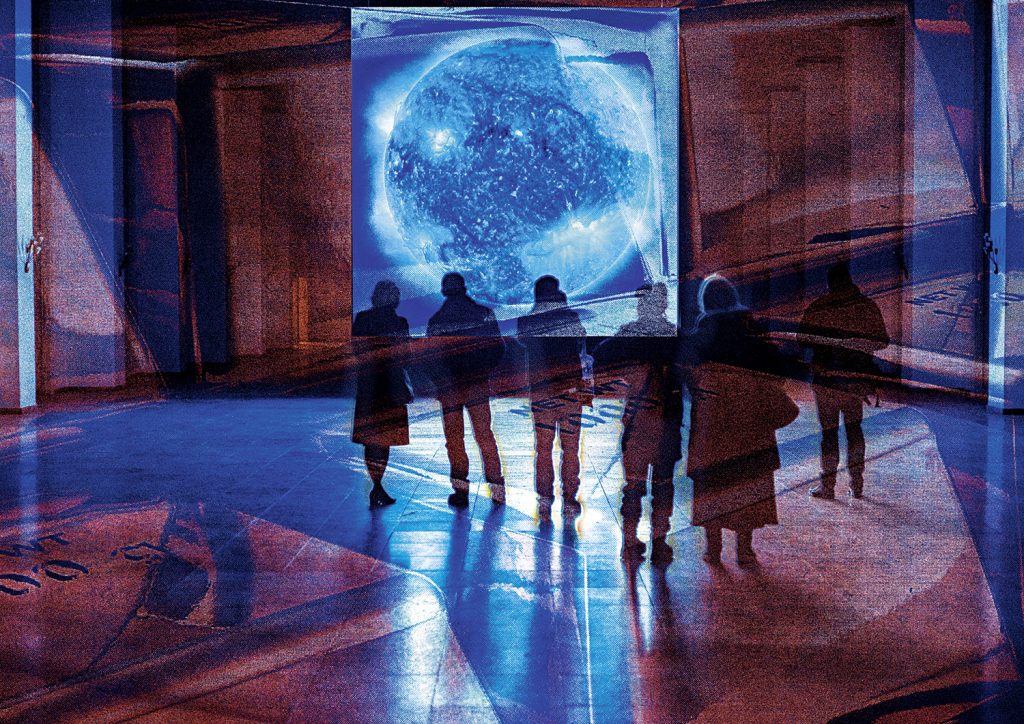 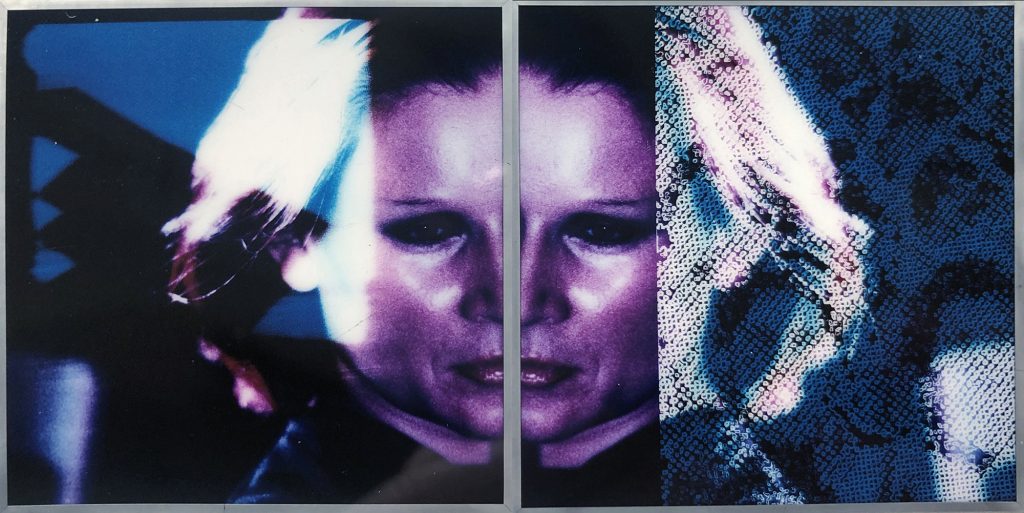 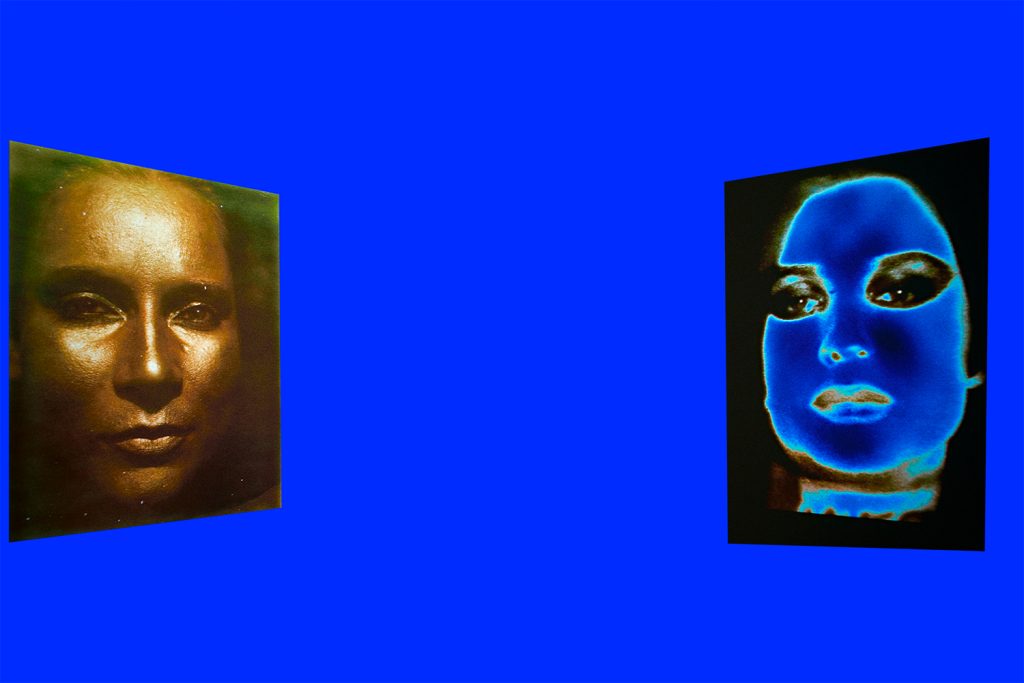