An exhibition by the Städelschule Architecture Class at
GALERIE WILMA TOLKSDORF FRANKFURT
From February 8 to April 30, 2008 / Opening: Friday 08.02 at 19:00.

Fifteen Pieces for a Soundscape - First Movement is an architectural installation comprising a swarm of
fourteen objects hovering in space in front of a wall-mounted photographic tableaux. These fifteen pieces are
the result of geometrical experiments and investigations of 20th century music undertaken by the
Architectural Class during the last half-a-year.

Providing the theoretical and speculative basis for the work, Sanford Kwinter has fed Fifteen Pieces for a
Soundscape - First Movement with an architectural excursion into 20th century music. The resulting
investigations have included encounters with work spanning from the experiments and recordings of Glenn
Gould, via compositions of the late Karlheinz Stockhausen, to the varied work of Brian Eno. Kwinter?s input
has furnished a rich tableaux of organisational and formal principles as well as a sensory backdrop for the
production of the architectural objects in the exhibition.

Fifteen Pieces for a Soundscape - First Movement attempts to make sense of the evasive interface between
time and space in architecture through the logics of music and matter. It presents a speculative synthesis of
the temporal and auditory with the presumed stasis of the architectural object. In this sense, the exhibition
continues a tradition that in modern architectural terms revolves around the Philips Pavilion Poème
Electronique, by Le Corbusier, Iannis Xenakis, and Edgar Varèse (1958). In comparison, Fifteen Pieces for a
Soundscape - First Movement is a modest endeavour, but it explores the same vibrant interface that bears
on our senses and to which architecture contributes more than material silence.

The exhibition presents architectural forms at once sensuous and daring that have been produced by
students in the Architectural Class. The fourteen objects are presented as floating, effervescent singularities
within a space conceived as a whole, embracing and silent soundscape. This soundscape depends on the
single architectural objects within it for its articulation and completion. Thus, the total space is punctuated by
fourteen singular movements, deriving their respective logic from the duality of sound/music and matter. In
turn, each singular object exists as a counterpoint to its neighbours within the swarm of models. The
fourteen pieces are scaled, transformed and completed in the fifteenth piece, the visual backdrop formed by
the photographic banners.

In Fifteen Pieces for a Soundscape - First Movement architecture is the abstract, vibrant and material
condition which contracts momentary, total and sensual experiences. It engages the broadest possible
scope of input and information and channels this into clearly articulated statements that attests to the beauty
and power of architectural imagination.

Headed by the renowned Dutch architect, Ben van Berkel, and his academic partner, Johan Bettum, the Architectural Class
engages with groundbreaking research and experiments in computerised design methodology and new material applications in
architecture. The Architectural Class provides a potent milieu for the exploration of architectural issues in a small and intense
research setting.

Based on the artistic platform supplied by the Städelschule and the rigourous methodology structuring contemporary
architectural design, the programme is formulated as a new and innovative approach to the practice of architecture. The
programme probes the status of architectural design as a body of specific intelligence while using various sets of specialised
design techniques and methods to explore the horizon of the field. Research and design are conducted through the fusion of
academic and experimental investigations with professional concerns for efficiency and forms of material, technological and
economic optimisation.

The Dutch architect, Ben van Berkel, studied architecture at the Rietveld Academy in Amsterdam and at the
Architectural Association in London, receiving the AA Diploma with Honours in 1987. His first projects were built almost
immediately after founding Van Berkel & Bos Architectuur Bureau. Among the buildings of this first period are Karbouw,
the Remu electricity station, and Villa Wilbrink. Being elected to design the Erasmus Bridge in Rotterdam (1996)
profoundly affected his understanding of the role of the architect today and constituted the foundation of his
collaborative approach to practising, leading to the foundation of UNStudio in 1999. The interim, "blue period", included
projects such as The Moebius House (1998), Het Valkhof Museum (1998), and the Prince Claus Bridge (2003). Recent
projects, which reflect his longstanding interest in the integration of construction and architecture, are: the Mercedes-
Benz Museum in Stuttgart and Arnhem Central. Ben van Berkel has been visiting lecturer at Princeton and has taught
at Columbia University, the Berlage Institute and UCLA. He is currently Professor of Conceptual Design and head of the
Architecture Class in the Städelschule. Ben van Berkel has co-authored a significant number of essays and
monographs.

Sanford Kwinter is world-renowned American architectural writer and theorist. He has been called ?one of the leading
American philosophers of our time.? His main fields of interest are contemporary technology, material cultural and
intellectual issues in art, design and architecture. With Bruce Mau and Jonathan Crary, Kwinter co-founded the
influential publishing company ZONE Books, which launched the journal ZONE, a serial publication on topics in
philosophy and contemporary culture. He was co-editor of ZONE 1/2: The Contemporary City and ZONE 6:
Incorporations. Besides numerous important essays, his own work includes the books, Architectures of Time: Toward a
Theory of the Event in Modernist Culture (2001), Mutations (2000), and Rem Koolhaas: Conversations With Students
(1996). His current book is Far from Equilibrium: Essays on Technology and Design Culture (Actar, 2008).Kwinter
received his Ph.D. in comparative literature from Columbia University and is associate professor at Rice University in
Houston, Texas. Currently he also teaches at the MIT in Boston and Cornell University besides being a frequent guest
in numerous universities and institutions throughout the world. He currently holds a guest professorship at the
Städelschule, enabled by the generous support of the Heinz und Gisela Friedrich Stiftung.

Johan Bettum is guest professor and programme director of the Architectural Class in the Städelshule. Bettum trained
as an architect at the Architectural Association in London (1987-1993) after gaining a Bachelor of Arts with a major in
biology from Princeton University (1985). He has taught, amongst other places, at the Architectural Association in
London, UCLA, the Berlage Institute in Amsterdam, Innsbruck University, Oslo School of Architecture and EPFL in
Lausanne. His interest in architecture revolves around research and experiments in the fields of design methodology
and digital and material technologies, and he has published widely on topics related to these themes. Besides
academic work, he maintains a small practice, ArchiGlobe, devoted to this. From 1998 till 2002, Bettum was a research
fellow at the Oslo School of Architecture where he led a nationally funded research project on polymer composite
materials in architecture. Till 2000 he led the OCEAN group in Oslo whose work on polymer composites and advanced
digital modelling was the chief source for the projects of OCEAN in this period. He is currently completing his doctoral
thesis on polymer composites in architecture. Bettum has been responsible for the project, the Space of
Communication and was contributing architect to the Theatre of Immanence in the Portikus gallery in Frankfurt,
November 2007 to January 2008.

Luis Etcegorry obtained a Bachelor Degree in Architect from FADU, UBA (Facultad de Arquitectura, Diseno y
Urbanismo; Universidad de Buenos Aires) in 2002 and his Master of Arts (M.A.) in the postgraduate programme of the
Architectural Class in 2006. Since he has worked as project co-ordinator for the project, the Space of Communication,
and, from April 2007, as the academic assistant in the Architecture Class. Etchegorry was contributing architect to the
Theatre of Immanence in the Portikus gallery in Frankfurt, November 2007 to January 2008. Before coming to
Frankfurt, Etchegorry had an independent practice and worked for renowned architectural firms in Argentina and
Europe, including MVRDV in Rotterdam. Since graduating from the Architecture Class, he joined Johan Bettum in
ArchiGlobe to work on a few, experimental projects of which two are currently to be realised.

Participating students and members of the Architecture Class 2007-8: 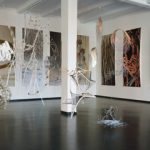 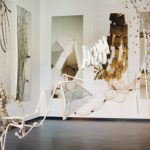 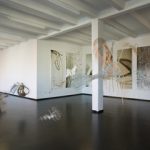 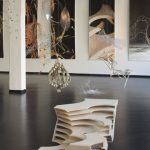 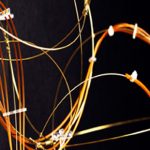 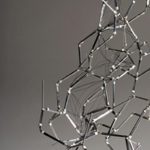 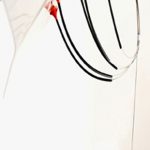 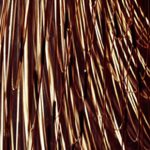 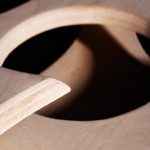 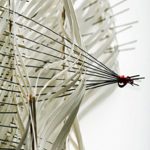 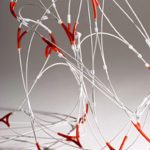 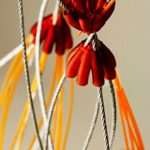 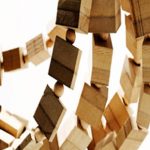 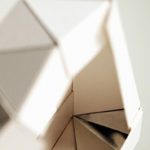 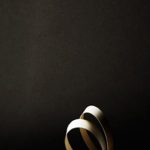 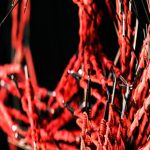 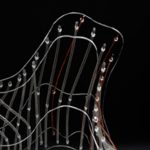