The gallery Wilma Tolksdorf is proud to present Sanctuary, a solo show of photographic works by the American artist Gregory Crewdson.

With a selection from forty-one black-and-white photographs the exhibition gives an insight into the eponymous series Sanctuary. For the first body of work made outside of the United States, where Crewdson has photographed primarily western Massachussets, the artist traveled to Italy in 2009. Here he found the setting for his surreal visions and photographic stagings on the studio lot of the Cinecittà film studios in Rome.

Looking at the work of Gregory Crewdson this particular choice of subject is revealed.

In highly elaborate productions, such as the work cycles Twilight (1998-2002), Beneath the Roses (2003-2008) and his most recent series Cathedral of the Pines (2013-2014), his photographs resemble film-like scenes that evoke feelings of unease.

The Cinecittà film studios, commissioned under the dictatorship of Benito Mussolini in

1937, developed into the centerpiece of international film productions within the post-war period. The chariot race of Ben Hur is one of the most known scenes that were filmed there, and even today the colossal buildings and splendid scenery of the studio lot allow us to ascertain the great impact Cinecittà had on film history.

In the works of Sanctuary, Crewdson forgoes the process of staging, which was of central importance for his earlier works. The setting of the film city, with its ruinous backdrops, presents itself as an artificial and surreal scenery whose secrets are made to be captured by the camera.

“Sanctuary was an endeavor to capture glamour and artifice in states of beauty and decay; an encapsulated sense of time; but also nostalgia reduced down to its core: idealizing and longing for something that was never quite real to begin with. All these themes are emblematic of our current cultural climate. The pictures somehow capture my mood and psyche very well these days.”

In the midst of the ruins, beams and scaffolding, the artist finds the starting point for his photographs to blur the boundaries between reality and fantasy. Open doors and archways draw attention to rooms that do not give rise to any particular events, and abandoned relics indicate the existence of cinematic scenes without revealing their content. Being placed behind the scenes of this old film city, the viewer is confronted with a familiar and yet puzzeling image.

Gregory Crewdson (*1962, New York) is the Director of Graduate Studies at Yale University where he has taught photography since 1993. His photographic works are represented in numerous museum and public collections, including the Whitney Museum of American Art, New York, the San Francisco Museum of Modern Art, the Fotomuseum Wintherthur, Switzerland and the National gallery of Victoria, Melbourne. 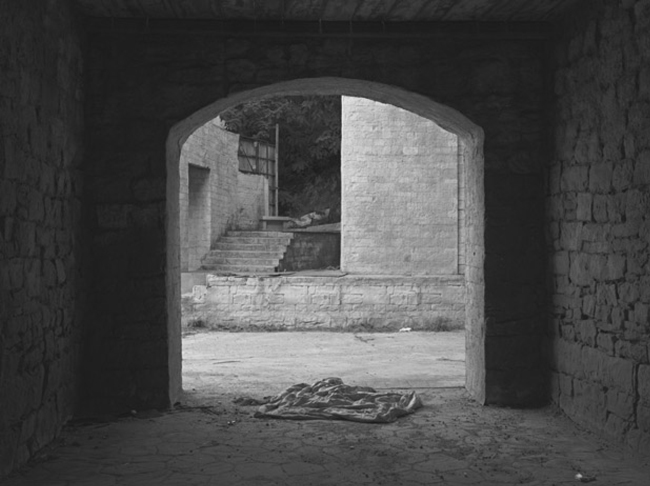 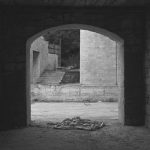 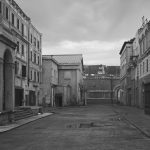 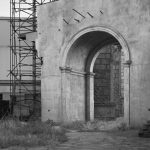 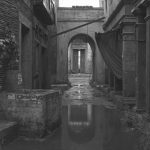 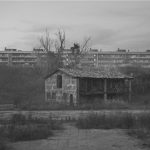 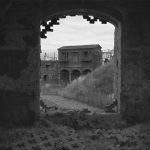 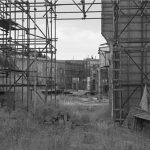 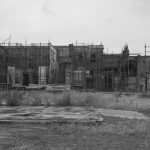 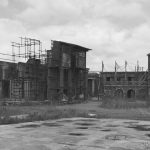 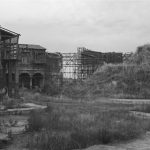 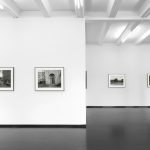 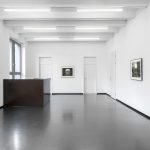 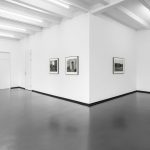 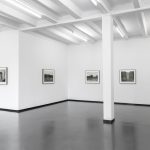