Galerie Wilma Tolksdorf presents the latest works by the artist Katharina Sieverding from the series SPIEGEL Boxes, 2013, Invitation Boxes, 2013, and Untitled, 2013, which were recently shown at the highly acclaimed exhibition KATHARINA SIEVERDING - WELTLINIE 1968-2013 at the Museum Schloss Moyland.

The photographs of SPIEGEL Boxes, 2013, are captured from above and show cardboard boxes filled with Spiegel magazines, of which the upper two covers enter simultaneously into an antithetic and synthetic dialogue. Katharina Sieverding refers with this juxtaposition to media-transmitted images, which strikingly comment on global events and have long since become part of the collective memory. This not only questions the mechanisms of mass media vocabulary, or as the artist phrases it "what is behind the propaganda of the present?"; it is for Katharina Sieverding also about the periodic repetition of political and global issues such as war, nuclear threat, ideological struggles and economic power structures.

Questions concerning the visualization of geopolitical contexts are also dealt with in the series Untitled, 2013. The large black-and-white photographs show political and public figures whose faces appear almost iconic. Just as in the SPIEGEL Boxes, the combination of image and text levels, which reveal the processes of public opinion-making, is of particular importance.

Archiving is a crucial idea throughout the series Invitation Boxes, 2013. Katharina Sieverding provides an insight into her personal collection of invitations - stacked in boxes, sorted by year. The individual pictures appear like time capsules and retrospectively hold on to art events of the past years. Yet, whereas the SPIEGEL Boxes expose the imagery of the mass media and the construction of collective memory as "artificial and manipulative" (Magdalena Kröner, FAZ), the works of the series Invitation Boxes provide an opposite pole. The flood of media images is opposed by the art discourse, which is able to look behind the facade of image production and, as Katharina Sieverding puts it, "to adjust the focus".

For further information and images please contact Galerie Wilma Tolksdorf via 0049 69 - 430 594 27 or office@wilmatolksdorf.de 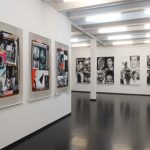 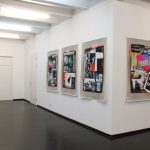 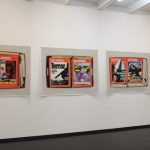 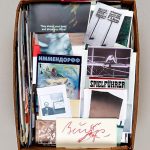 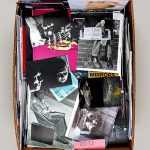 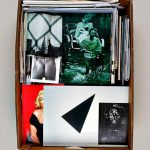 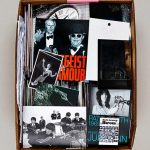 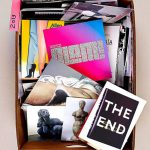 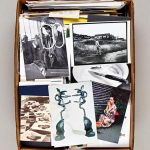 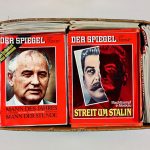 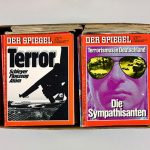 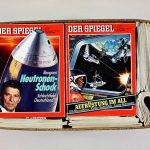 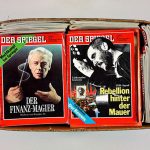 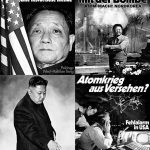 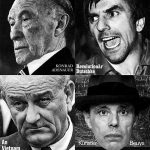 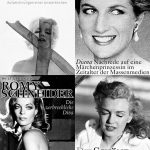 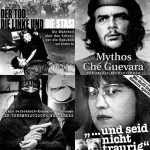