Galerie Wilma Tolksdorf is pleased to present works by Buck Ellison and Henrik Olai Kaarstein, both students at the Städelschule. The exhibition title 'Merry Company' refers to 17th century Dutch genre paintings, which depicted feasts and drinking bouts in bourgeois homes. On one hand, these paintings depict the wealth and social status of their patrons; on the other hand, they criticize the dissolute lifestyle of this class through the use of symbols and metaphors.

In photographs of Buck Ellison you will often find motifs that reflect on the contradictions and ambivalences of bourgeois identity. Ellison's images confront the viewer with the aesthetics of advertising photographs, but also disrupt this in a subtle way. For example, in 'Ethical Culture', 2013 the artist photographed in Berlin's luxurious department store KaDeWe, where exotic fish species are displayed as luxury goods. Even though the work reminds the viewer of Golden Age Dutch still lives, it simultaneously comments on today's globalized market economy, where food and products from almost anywhere are available for a solvent group of buyers at any time. Similarly ambiguous is the work 'Untitled (Hands)', 2012 - the reason for the applause remains a mystery; the clapping hand seems to become a mere self-pleasing institutional gesture.

Henrik Olai Kaarstein is a collector; he gathers objects and items which can be found in any ordinary home - including shower curtains, plastic flowers, furniture, towels or napkins. In itself, they are neither valuable nor sentimentally-charged objects, and yet the human presence is always felt. In the works of Kaarstein, which shift between sculpture, painting and collage, these items undergo a metamorphosis. Thus, in the work 'Happy Birthday Morning, Mr. President', 2012, the found shower curtain, on the one hand, becomes a work of art due to its formal and material qualities; on the other hand, its original function as a commodity resonates within the associative aura, which is further enhanced by the title. 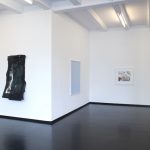 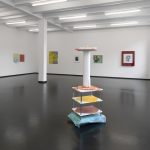 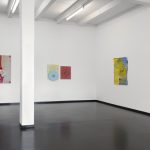 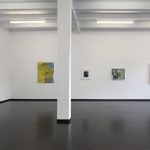 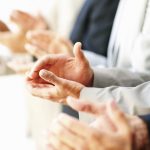 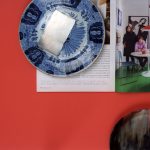 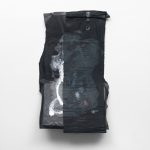 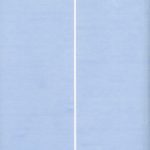 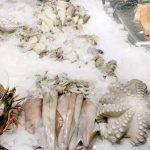 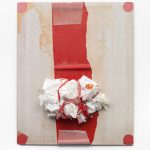 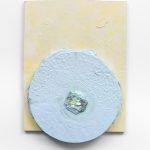 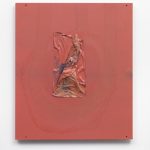 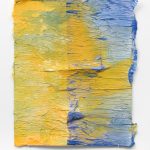 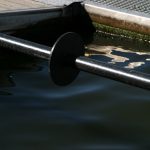 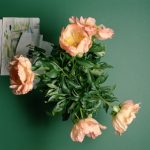 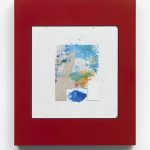 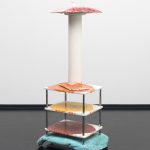