Galerie Wilma Tolksdorf presents new works from 2008/2009 by the artist Silke Wagner in an exhibition entitled "Pink Turns to Grey".
Silke Wagner's oeuvre contains formally and thematically very heterogeneous works. Her conceptual approach unites on the one hand quite different artistic media and yet is also quite at home outside genuinely artistic fields of action.
Typical for Silke Wagner's work is the transference of politically or socially relevant topics into an artistic and aesthetic context. Frequently, her practice involves collaboration with socially or politically active groups or initiatives, and in her projects she addresses social, political, or ecological concerns. Her intention is to activate public communication processes and to provide opportunities for interaction.

The exhibition "Pink Turns to Grey" comprises an expansive installation of various individual works that engage with the inscribed codes of fashion and their assignments of role stereotypes. The sculpture "Angela Emma Marlene Petra Rosa" - made for the Sprengel Museum in Hanover - consists of a folding screen with a mirror on the front side. On the mirror's surface we find the name of five female protagonists who played an important role in women's liberation: Angela Davis, Emma Goldman, Marlene Dietrich, Petra Kelly, and Rosa Parks. The select pieces of clothing (for example, a dinner jacket, a sweatshirt with the text "lieber heute aktiv als morgen radioaktiv" [better be active today than radioactive tomorrow]) represent these women. Silke Wagner had them reproduced in her own size by a tailor.

The exhibition also includes a series of lithographs and wall objects consisting of quotations by the civil rights activists Angela Davis and Rosa parks, the actress Marlene Dietrich, and the anarchist Emma Goldman. The wallpaper "Vivienne" consist of small-format silkscreen prints showing a tartan pattern made up of numerous hands clasping each other - the handshake as an international symbol of solidarity.

Silke Wagner was born in 1968 in Göppingen. Her work has been shown in numerous solo and group exhibitions, for example at Rooseum Malmö, Lentos Kunstmuseum Linz, Generali Foundation Wien, skulptur projekte münster 07, n.b.k. Berlin, Sprengel Museum Hannover, and Schirn Kunsthalle Frankfurt am Main. In October 2009, the public memorial to Georg Elsner (who attempted to assassinate Hitler), a light installation by Silke Wagner, was permanently installed in Munich. In 2010, she will have an exibition at Oldenburger Kunstverein, and she will also participate in the exhibition emscherKUNST 2010, which is part of the culture capital Ruhr 2010.

Silke Wagner lives and works in Frankfurt am Main. 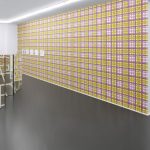 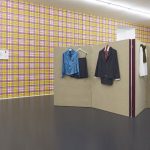 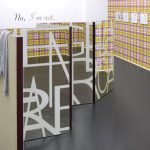 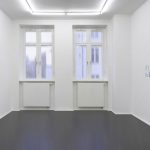 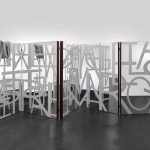 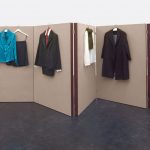 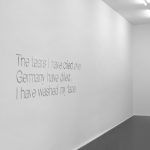 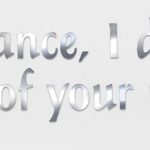 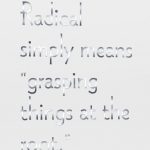 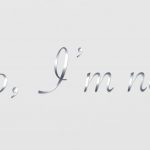 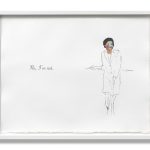 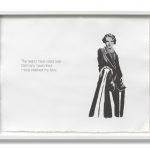 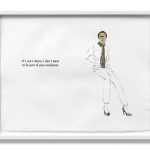 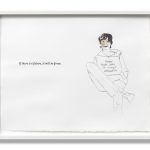 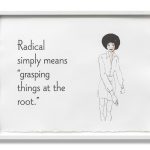 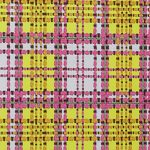