Galerie Wilma Tolksdorf Berlin presents 10 new works by Lynne Cohen in an exhibition entitled Clear Arrangements. In addition, black-and-white photographs from the series Camouflage give an impression of the artist?s early work.

Found interiors, without any people, have been Lynne Cohen?s central theme for more than 30 years. Cool, inaccessible, strangely claustrophobic interiors are revealed to the beholder.
The photographs are often taken in institutions that are inaccessible to the public. Her new works were photographed in places like, for example, a military base in France, and police academies in Canada and the US.

Lynne Cohen photographs the rooms in the way she finds them, and yet everything seems as if it had been carefully staged. She loves the art historical references.
The fascination with the fact that the world, just as it is, seems full of ready-mades, is one of her main motivations. We can sense very clearly her enthusiasm for all the coincidental art historical references: the shoe prints on the walls that look like traces of a performance, the floor tiles that are reminiscent of Niele Toroni?s paintings, the Duchampian series of bicycles, the ?Jasper Johns? in the number 28 on the coarse concrete floor next to a chair.

In conversation, Lynne Cohen notes an interesting proximity to Thomas Demand?s works: while the ?real? spaces on her photographs are easily mistaken for artistic installations, Thomas Demand?s photographs of the rooms and spaces constructed by him seem real. To the beholder, the imitation seems more real than reality.

With her camera, Lynne Cohen reveals worlds full of contradictions, both formal and in terms of content, whose design stands in an absurd contrast to their function: bunkers in colourful swimming pool aesthetics, entrances to nuclear submarines reminiscent of playgrounds, dummies on shooting ranges that make one think of children?s birthday parties. Only on closer examination can we guess, from hidden details, at the real purpose of these places. From cameras and cables, smoke detectors, bullet holes, scrapes on the walls.

Beneath the subtle humour and joy at the found artistic wealth of forms, in the photographs by Lynne Cohen there is always a frightening, ominous layer. Her gaze on the world is always open and enthusiastic ? and at the same time razor sharp, and highly critical both in terms of aesthetics as well as socially.

The choice of her motifs lends Lynne Cohen?s work a strong social and political urgency and explosiveness

Lynne Cohen, born in 1944 in Racine/Wisconsin, lives and works in Montreal. 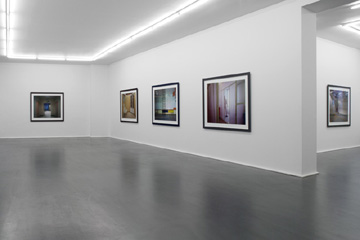 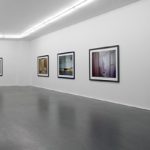 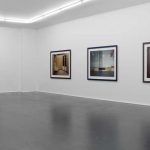 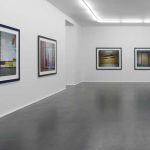 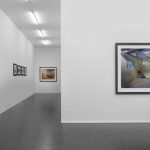